Product Innovation: Just Because You Can Doesn’t Mean You Should.

Companies are forever scrambling to deliver new, groundbreaking products and often look to technology to drive innovation. But if you want to make something that customers really want, you have to first focus on what they really need. We saw a lot of things that back up this core belief at CES 2017.

Fifty years ago, it might have been hard to imagine a world in which cars drive themselves, TVs are mere millimeters thick, and unmanned drones routinely hover above our heads. But product innovations like those were all but commonplace at this year’s Consumer Electronics Show—the 50th anniversary of the annual event in Vegas. It’s the ultimate showcase of the latest gadgets and technology trends, offering us a glimpse into the future of consumer tech.

This year’s conference, which took place January 5-8, proved that the pace of technological change is still increasing exponentially. Established, high-profile companies and emerging brands alike came out in full force, unveiling products, services and platforms with all kinds of revolutionary promises. And while many may well be game changers, a good deal of what we saw on the show floor affirmed one of our cardinal beliefs: Just because you can make something, doesn’t always mean you should.

The divider between can and should? Need.

Innovators have always been tinkerers. They experiment and create with abandon, thinking “Oh, I can make this thing; isn’t it kind of cool?” Unfortunately, it’s often that coolness factor that propels the development of products. Tech for tech’s sake. But even the brightest, shiniest technologies are essentially useless if they don’t fulfill a true consumer need. The goal should be to develop something useful and meaningful to people; something that makes life significantly better or easier in some way. In a nutshell: Customer need should drive innovation.

At this year’s CES, some of the biggest trends reveal cases where companies seemingly lost sight of consumer need, and serve as a great collection of cautionary tales about striking the right balance between what’s simply new and what’s actually needed.

One of the prevailing trends is to add Internet access to ordinarily non-connected objects. By allowing them to collect and transmit data, the “Internet of Things” or IoT is indeed evolving the capabilities of a wide range of devices and machinery—from household lights and door locks to toasters and toothbrushes. But we’re finding out that just because something has Internet access, that doesn’t necessarily make it any more useful than its traditional counterpart. Case in point: a hairbrush with a microphone, gyroscope and conductivity sensors that debuted at CES this year. Designed to prevent hair damage, it analyzes how frizzy or dry your hair is and if you’re brushing too hard…which you could probably figure out yourself pretty easily with a regular hairbrush and a mirror (and without the hefty price tag).

The Takeaway: In the world of ubiquitous computing, there remains a clear line between helpful and unnecessary. Some things should stay offline.

Believe it or not, we’ve hit the threshold of technology (or the human ability to appreciate it) in some cases, but people just keep going. At CES 2017, several computer hardware companies debuted 4K television monitors with 3,840 x 2,160-pixel resolutions that boast the blackest blacks and the highest contrast with more depth and perspective than today’s 1080p standard. But some brands also debuted 8K monitors (that’s double the resolution at 7680×4320), and there were talks about 16K. Here’s the thing: the human eye can’t see the difference. Monitors with 8K will produce a visual field something close to perfect for the 1% of the population with 20/20 vision in all lighting conditions. Talk about a niche market.

The Takeaway: Consumer technology innovation is only worthwhile when it is a meaningful improvement. “Better” doesn’t make a market.

Would you jump off a bridge, just because someone told you to? Yeah, we can reasonably ask product developers the same age-old question favored by parents of peer-influenced children. Think of drones as the “bridge” CES 2017 participants apparently wanted to hurl themselves off: There were 39 exhibitors in the Drones Marketplace, 56 percent more than the previous year. And it’s true; drones have some interesting potential as tools, but the majority we saw were little more than overpriced flying toys with radio-controlled capabilities and a camera on top. No real cutting-edge innovation, and certainly very few clear use cases.

The Takeaway: In a hyped-up marketplace with copycat products, you must define the job to be done (JTBD). Don’t duplicate, differentiate.

More features mean more value, right? Not so much. There’s a tendency for brands to keep packing more functions and product options into their devices, but consumer research bears out that customers often prefer an intuitive design attached to a straightforward solution. Too many bells and whistles can make a product overwhelming and hard to use. Nobody seems to be asking, “What do people really need, and how does it all fit together?” Refrigerators are being built with the equivalent of an iPad built into their doors when consumers really just need a place to jot reminder notes and perhaps display a family calendar. Instead of just piling on the features, brands should focus on maximizing utility while making everything incredibly easy to use—and inevitably means eliminating features in order to create simplicity.

The Takeaway: The best solutions are often the simplest ones. Usually less really is more. 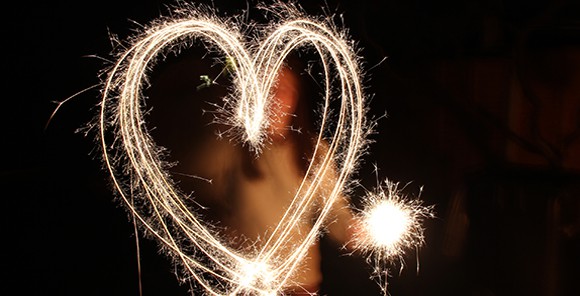 Why Ethnographic Study Is The Beating Heart of Customer Experience

Of course there were also plenty of products at CES that truly tapped into consumer needs and represented innovation at its best. Here’s a look at a few of what we think amounted to hits on the CES show floor this year: 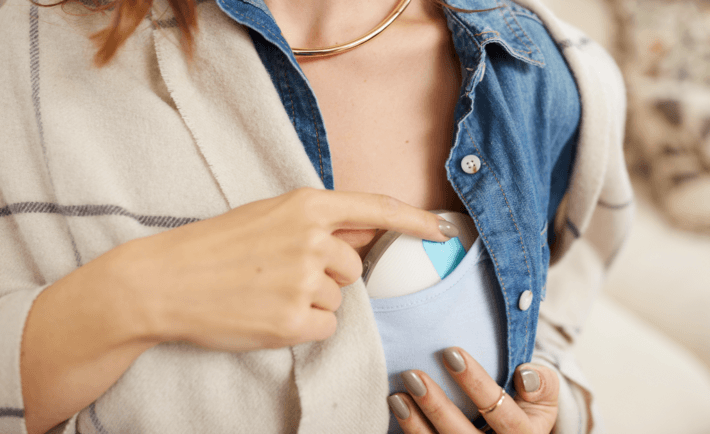 Willow, a hands-free wearable breast pump designed to fit discreetly inside a woman’s bra, is an example of a product that offers a solution for a legitimate need: breastfeeding on the go. It’s cordless and quiet, providing the freedom to move around and multitask while pumping. It’s a three-part system that’s easy to put together (and bonus: it’s dishwasher-safe). Plus it’s smart: it syncs with the Willow app to track milk production and automatically transitions to different phases based on production and timing. Working women have long struggled with these issues—Willow provides a thoughtful solution based on a real need. 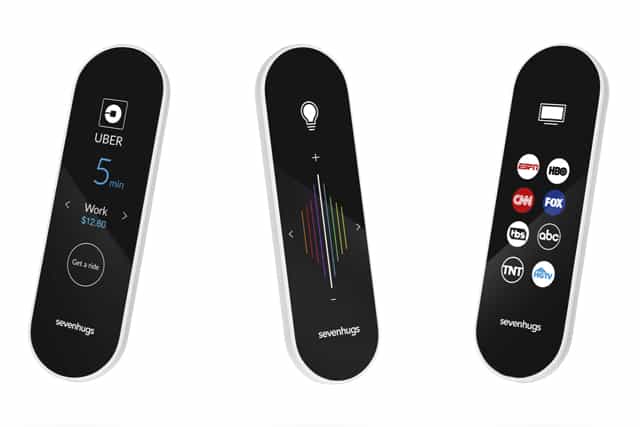 There’s a reason the Smart Remote by Sevenhugs won three CES 2017 awards, including most innovative product in the Smart Home category. It’s a modern-day update to the universal remotes that hit the market a decade or so ago (you know, those remotes that intended to take the place of all your other remotes, but were really just a mishmash of confusing buttons, menus, and options, most of which you could never figure out how to program anyway. The “context aware” Smart Remote actually simplifies the task of interfacing with all your various, remote-controlled entertainment and IOT systems with a single, unified interface. It uses an indoor positioning system with motion tracking sensors to identify what you’re pointing at, and displays just the right controls for each device on a touchscreen. Point it at your stereo, and you can adjust the volume. Point it at the window, and you can dial up the heat on your Nest. It’s not perfect (you do have to take the remote with you, room to room for example, and it’s not particularly tactile) but it’s a giant step forward in an effort to simplify control of our ever-mounting connected stuff. The DV WING from Drone Volt proves that a drone can have a clear and distinct purpose—in this case, helping farmers get the most out of their crops. Equipped with a 18.2 MP sensor camera, and using algorithms to obtain aerial imagery and accurate data, the DV WING helps farmers get a picture of what’s going on in their remote fields quickly and easily—things like soil moisture content, plant health, and the ripeness of fruits. With the collected data, farmers can diagnose the state of their crops and determine what interventions are needed and where. More than mere gimmick, Drone Volt solves a problem with intentional design and specific target market. They call themselves the “Keepers of the Sound,” and that’s because since 1946, the Klipsch brand has been upholding the legacy of its founder Paul W. Klipsch: precise, accurately reproduced sound. That translates to audio equipment that produces music that remains true to the artist’s original proposition—no bells, no whistles, no artificial augmentation. The new Heritage Wireless “The Fifteens”, are a great execution on this concept. They’re large-format floor speakers with chic MCM design and Klipsch’s classic horn-loaded technology inside, plus all the modern connectivity options like USB Audio, RCA and Bluetooth®. Besides cranking out some killer tunes, what are they doing right? Standing by their brand and staying unflinchingly true to its original value proposition—quality products with the highest degree of fidelity without manipulation or modification. Sometimes staying the course is the most innovative thing possible.

It can be easy to lose sight of consumer need and product purpose when the desire to pursue the latest, coolest, most “disruptive” technologies drives innovation. But technology should be the means, not the end. Successful innovation keeps the consumer need at the center of product development, and uses technology as the vehicle for fulfilling that need—not the other way around. Let that notion guide you in the months and years to come. Next year’s CES may reveal different trends and highlight new products, but the overarching theme will remain the same: Find a deeply rooted need and seek to fulfill it relentlessly. That’s the real path to breakthrough success.