A CES2017 LaterGram: Everybody Loves A Hug! 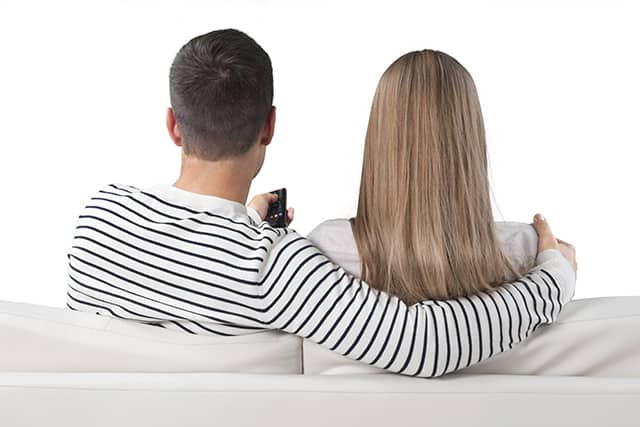 As we make our way as kings and queens of the modern jungle, many of us partake daily in the ritual of hunting down the remote control (or multiples thereof), a task that deepens exponentially if you happen to have kids. We’ve all experienced that moment of unbridled courage, peeling back the sofa cushions and diving into the blackness of our own crummy existence to pull out…a soggy, two-week old Goldfish cracker? A handful of sticky change? Or, huzzah! The remote! Or is it just “a” remote, given the many hiding out around your living space.

Ah, the logistical ennui of herding little oblong pieces of plastic. We get you, button-hunters. Solidarity. This remote-splosion, if you will, further signals that we are in the midst of what can only be called a singularly digital 2nd Industrial Revolution. As all revolutions go, however, there is anxiety attached and a transition period in which the old intermingles with the new, in this case in a rousing game of “hunt the remote.” The conundrum: For all our “smart” TVs, most of our living rooms are still strewn with clunky cable boxes, streaming media devices, gaming consoles, and sound systems—and importantly a host of small devices with which we’re expected to control them.

Universal. We do not think that word means what you think it means.

About a decade ago, the “Universal Remote” became the much-heralded answer. That is, if you were ever able to program yours. These optimistic devices were burdened with balancing simplicity and having enough power to manage a variety of sophisticated entertainment devices. In our opinion, they mostly failed, ending up as a jumbled mess of confusing buttons, menus, and options, most of which no one will ever use. Logitech and Philips made gallant efforts, but no matter what, all these things made you feel like you were launching a space shuttle rather than turning on a TV. Yes, they did achieve reducing the physical number of remotes on your coffee table, but complexity generally won in the end, and most people admitted defeat by investing in a nice little wicker number in which to store all the other remotes when the universal one proved too difficult to figure out.

Thus, in 2017 we’re calling it: The remote has officially become the most inefficient piece of technology in your home. After all of that, we needed a hug. Or seven.

That’s why at CES 2017 we were excited to discover a new device, the “Smart Remote” by Sevenhugs, a product imagined in San Francisco and designed in Paris. It’s the world’s first “context aware” remote control for your home.

This is a big deal. Why? Being “context aware” the sevenhugs remote simplifies the hive of different-functioning buttons on a universal remote with a single, unified interface that changes depending on the device at which you are pointing it. That itself is pretty neat.

How? The Smart Remote combines an indoor positioning system with 9-axis motion tracking sensors (accelerometer, gyroscope, and compass), so it knows its location and orientation in space, and therefore what you are aiming it at in 3D. In short, it’s GPS for your home entertainment devices.

Sevenhugs launched its Smart Remote on Kickstarter in November last year, and a month later it had over 6,000 backers and had earned more than $1 million in funding. The remote uses Wi-Fi, Bluetooth, and Infrared to connect to most home entertainment and IoT gadgets with the Sevenhugs Smart Remote app (iOS or Android)—25,000 and counting, like Nest, Xfinity boxes, Roku and smart lights like those from Lutron. The interface is clean and simple, a welcome progression from the high cognitive load of most universal remotes. And it also fights back against couch cushions, mischievous children and general absentmindedness with a lost and found button on its charging base. Press it, and the Smart Remote rings. While this represents great strides towards much-needed simplicity in the remote world, we do have a few reservations:

1. Wall space. Smart Remote requires three sensors be placed in each room to enable the 9-axis motion tracking. The size of the sensors are not insignificant, and they also seem to need to be put in elevated locations for the system to work. We all seem to be sticking more and more stuff to the walls of our homes these days: cameras, hubs, intercoms, security sensors, etc. For some, this could amount to just a little too much clutter. For others, one décor disruption too far.

2. No touch feedback. Those of us who have designed remotes before (like us at THRIVE) know that tactile feedback is essential to effective design. Remotes need real buttons that a user can grab onto and find without looking directly at the object. We feel like Smart Remote’s screen-based operation may prove problematic for many applications and users. We did note however that the Sevenhugs team’s Indiegogo site shows that the haptic feedback component of the offering has been unlocked, but it’s not apparent if it is in the realm of Apple’s “Taptic Feedback” for the screen.

3. We’re still stuck with Infrared (IR). This is not necessarily Sevenhugs’ fault; it’s just that IR is an intrinsically dumb technology that requires line of sight to its target. It’s also a one-way technology that doesn’t know if the box did what it was told. Generally, until we move away from IR as an industry, it’s going to be difficult for any universal remote to be both simple and truly smart.

Our final thoughts: The modernization of the universal remote (and our days of couch hide and seek) are far from over, and although Sevenhugs’ Smart Remote makes significant strides towards greater simplicity with its “contextually aware” technology, we are still hopelessly stuck in the 1980s with the same lowly infrared beam we’ve long been used to. Really, no remote will be truly smart and simple until standards bodies and manufacturers ditch IR and adopt a different control protocol—gesture-based control for instance.

Regardless, it’s long past due for remotes to become truly intelligent, and this is certainly a device we will be trialing at THRIVE in 2017. Get one yourself if you’re as curious as we are: You can sign up for one right now at the company’s Indiegogo site.